I have tried every diet that has come into fashion in the last 25 years.  I think it started with Slimfast shakes in the early 90s.  I never liked the taste or texture of the shakes but I fell for the hype.  And diet pills were also a part of my routine for a while – who doesn’t want a quick fix promised in a little pill?  Then came South Beach Diet & Atkins – both arrived on the scene at roughly the same time.  I did lose quite a bit of weight on Atkins but it was a stressful experience.  Every time I “cheated” there was a feeling of shame and guilt that I was going to ruin everything I had worked for with one tasty treat.

After my son was born I hopped on the Weight Watchers train and that worked for a while too.  I lost 20 pounds in a few months but I got burned out logging everything I ate, and having to calculate points on complex recipes, restaurant food and heaven forbid, a meal served at someone else’s house.  I tried WW again a few years later and gave up quickly because I simply could not bring myself to track and record every morsel of food on my plate.   SIGH.  Weight Watchers encouraged me to eat the same things every day because it made the tracking easier, but eventually I grew tired of the monotony.

Clean Eating and Whole30 became the latest diet fads in the past few years, and of course, I was excited and eager to try.  I failed every Whole30 attempt because of my morning coffee.  I do not like unsweetened coffee, not matter how much I try.  I stopped using fake sweeteners like spenda, nutrasweet & even stevia years ago and am not interested in bringing those back into my life.  And honestly, I don’t like the taste of artificial sweeteners anymore.  So every Whole30 attempt became a failure on day 2 or 3 when I went and put one teaspoon of sugar in my coffee.  #FAILURE.

When I decided to start this blog, my plan was to not only talk about botanical skincare, but also other interests of mine, including fitness and food.  It seemed only logical to me, that this blog would also be about “clean eating” and got to work on my research.  But in the back of my mind, I was worried.  Did I need to start my own list of rules of banned foods for my blog?  Would I have to give up sugar again?  What about my one cup of coffee in the morning?  I knew I was not going to give up that teaspoon of sugar which was going to doom me to FAILURE yet again.

One of the things that happens with each of these fad diets is the inevitable backlash.  The forbidden fruit (well it is never actually fruit but sugar, chocolate, pizza, fried chicken, etc) becomes so tempting and desired after the period of abstinence that it is what I crave more than anything.  And I crave it more than I did prior to starting the fad diet in the first place which always seems so counterproductive.

So from now on, no more “rules” diets for me.  I aspire to include more vegetables in my life.  One of the common threads in pretty much every fad diet I have tried is eating more veggies every day.  My family loves the kale, collards & brussels sprouts that I cook for dinner (often with bacon and onions but they make the dish super tasty).  I really do believe that the nutrients and fiber in vegetables are beneficial to our bodies and I can commit to trying to find more ways to make veggies the star of my meals (including breakfast and lunch).

So, I am excited to blog about veggies!  Ways to include more tasty veg (and fruit) recipes in my life but not because it is a rule.  But because they make me feel better and they taste good.  And if I want to put a teaspoon of sugar in my coffee, I am going to.  Join me in shunning the rules-based fad diets in favor of a less guilt-inducing life.  Eat the piece of chocolate but also make a tasty zucchini dish that your family is excited to eat.

Welcome to my blog! 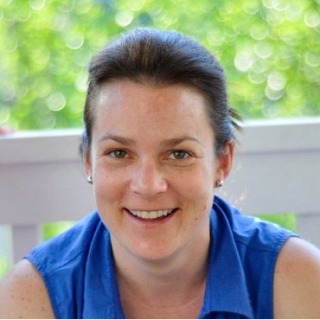 Soapmaker, Marketer and Coach to Artisan Brands. I love to explore why people do the things they do, buy the products they buy and think the things they think. Aside from my love of product marketing, I love to hiking, camping, wine tasting and reading.

We only get one body and we must rely on ourselves to care for it. How do you honor your body and enable it to be strong? I love yoga & hiking. Spring will be welcome in my book because my favorite time of year to hike is among the spring wildflowers. . . #strongbodystrongmind #respectyourbody #lovetohike #kalmiabotanicals #kalmiacreed #cleanliving #earlytobedearlytorise #takecareofyourbody #takecareofyourskin
%d bloggers like this: